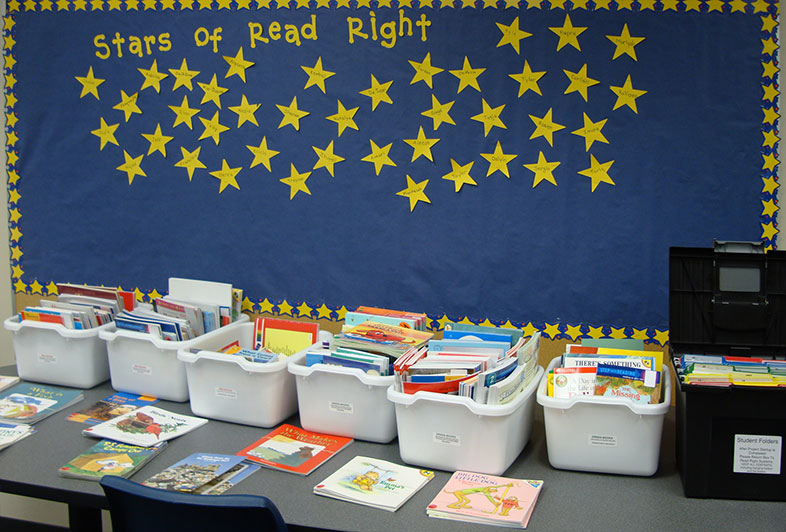 Historically, these special education students have made limited, if any, progress with every reading intervention made available to them. It doesn’t have to be that way.

Please take a look at the data below. This data confirms that special education students who participate in Read Right Reading Program make dramatic, unexpected progress in reading. The reading improvement of Special Education Students who have participated in Read Right is measurable. See for yourself!

For each of the two data sets below the Gates-MacGinitie Reading Test (comprehension subset) was administered at entry into the program to special education students targeted to receive Read Right tutoring. The students were tested with a different form of the test when they exited the program. Results for students who had at least 20 hours of tutoring during the school year are presented below. 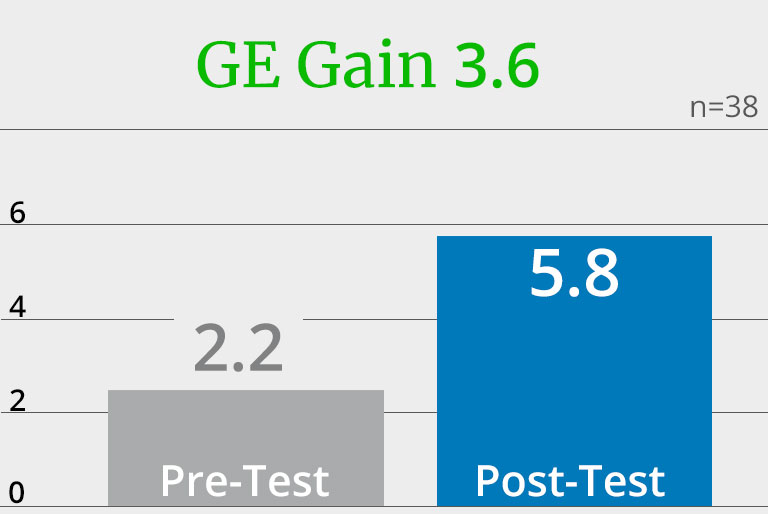 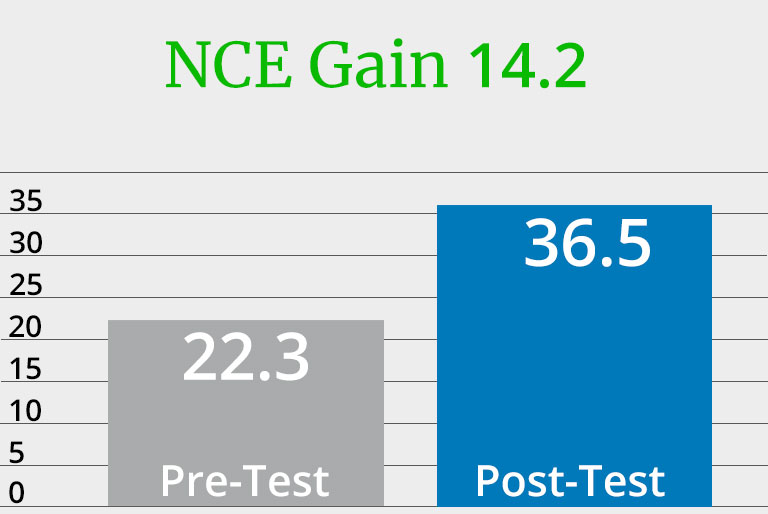 A mean NCE Gain Score of 0.0 means the students held their own in the norming population, neither falling further behind nor closing the achievement gap. Thus low gain scores are statistically meaningful.

Researchers generally regard NCE gain scores between 1.9 and 3.2 to be indicative of an effective program. 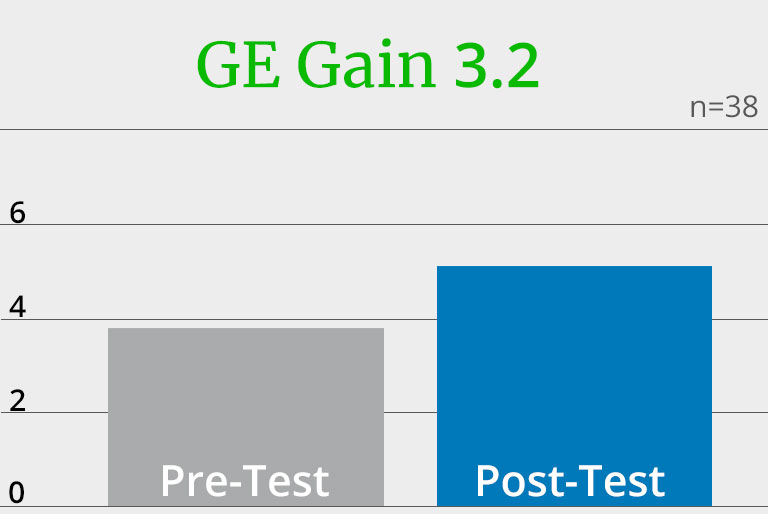 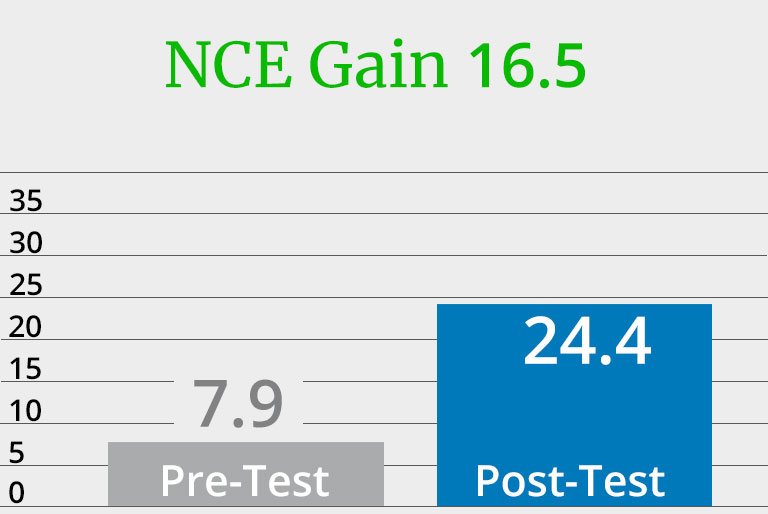 A mean NCE Gain Score of 0.0 means the students held their own in the norming population, neither falling further behind nor closing the achievement gap. Thus low gain scores are statistically meaningful.

Researchers generally regard NCE gain scores between 1.9 and 3.2 to be indicative of an effective program.

With results like these, school personnel responsible for special education programs naturally have great things to say about Read Right.

Read Right has proved to be the tool that has enabled school staff to serve our students in a way that no one thought was possible. For many students, solving their reading problems with Read Right tutoring has been a ticket out of special education. The dramatic results speak for themselves. Read Right works!Dr. Pat Harper, Executive Director
Freestone Navarro Bi-County Special Education Cooperative, Texas

Group data is a necessary component of due diligence when selecting intervention programs. However, the really important thing to know is the transformative effect the Read Right program has on participants and how that transformation changes their lives for the better.

The following case studies have been submitted from educators implementing the Read Right Intervention program with their special education students. (Student names have been changed to preserve their privacy.)

Scott was clinically diagnosed as autistic and was under the care of several specialists including a neurologist. In spite of receiving services from the special education program at his school, he was , as a fourth grader, struggling with first-grade texts. His mother was desperate to get him help. Scott was severely depressed because every day he was asked to do things at school that he couldn’t do because he couldn’t read well enough to do them. At one point, his mother was concerned that he was suicidal, so she took him to the emergency room at the local hospital to get help.


Last night were Scott’s conferences. The teachers said he’s doing phenomenal. He’s reading at a 6th grade level (which you already knew). He’s reading for pleasure! He tells people that reading is his best trait. His academy teacher posts leaves on a window when a child reads a book. 7 of the 17 leaves belong to Scott. No other student has more than one book read! Scott also offers to help kids who are struggling with reading. Like I said [in the subject line], thank you can never be enough.
Scott's Mother

Justin was diagnosed as severely dyslexic by Boston Children’s Hospital when he was in second grade. From then on, he received special education services at school, and his family hired private tutors to help him. When he finished sixth grade, he was struggling at a first-grade level of reading. At this point, his family made the difficult decision to send him as a boarding student to the internationally-known Landmark School for Dyslexics. After two school years his family took him out of that school and brought him home. He had made virtually no progress in reading in those two years. Justin finished high school in his home district–again receiving special education services and being assisted by private tutors. He graduated with a special diploma–still struggling at a first-grade level of reading.

Justin’s mother, an educator, heard Dr. Tadlock give a presentation about Read Right at an education conference. Intrigued, she spoke at length with Dr. Tadlock and then encouraged her son to become a student in Read Right. He reluctantly agreed–he was pretty tired of trying program after program, always with the same result: failure. He had no reason to believe that this would be any different. But it was. In just over 200 hours of participation in Read Right Justin eliminated his reading problem and became a totally excellent reader.

Then what happened? Justin attended a major university, was on the Dean’s list more than once, and earned a 4.0 his junior year. Then, much to the surprise of friends and family, he dropped out because had decided he wanted to be a general contractor. He became a licensed electrician and a licensed plumber so he would know what his sub-contractors were doing. He was a general contractor for a few years, and now he has established his own plumbing business.

Justin’s life would have been significantly different if his mother had not attended Dr. Tadlock’s presentation.

Video Testimonial From The Executive Director of A Special Education Cooperative

[blockquote author=”Dr. Pat Harper, Executive Director of Special Education
Freestone Navarro Bi-County Cooperative” ]For eight years, I have witnessed this reading program transform the lives of my students and their families. Establishing Read Right in our ten districts is the most important thing I have accomplished in my 24 years as an educator.[/blockquote]

We encourage interested educators and researchers to speak directly with school administrators, teachers, and aides who are using Read Right to improve student reading ability. We welcome requests for reference lists and we invite you to listen to additional video testimonials now by clicking on any of the many more that are available in our Video Library.

Thank you for all that you have done for Chase in helping him become an EXCELLENT reader and a confident student. I owe you more than ever can be repaid.

Visit out Blog to read the latest information from the developer of Read Right.

Read the how Read Right is helping children and adults learn to read better. 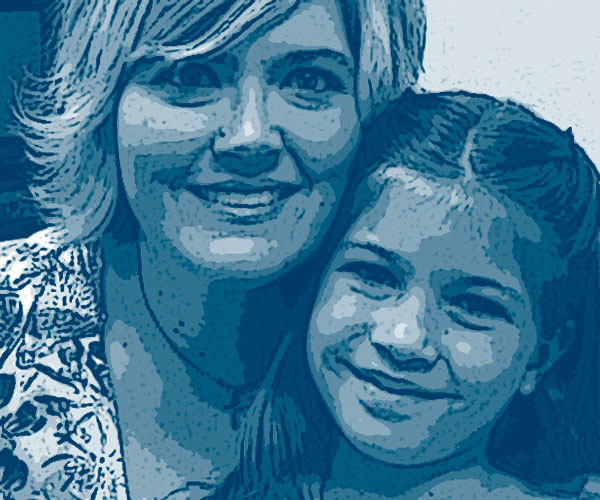 Copyright © 1995 - 2020 Read Right Systems, Inc. All Rights Reserved. Information on this website may not be reproduced in any form without prior written consent by Dr. Dee Tadlock. Website designed and developed by Olympia Web Designs